Located on the Eastern side of the Adriatic Sea in Europe, Split Croatia has a population of 350000 people. A gorgeous little Coastal fishing City, with beautiful beach front walkways and many shops and restaurants that could fulfill your any desire. A seafood lovers Paradise from it’s Crystal Clear Blue Waters and green Rolling Hills in the Croatian Countryside Split is absolutely beautiful.

When I was in Split back in 2013 it had just become a part of the European Union three weeks prior. All the locals that I had talked to thought that the election was rigged. Because them and all of their friends had voted against joining the European Union due to strict fishing laws associated with becoming a part of the Union. Before this they were free to fish as much and as many fish is they wanted to. But now there were limits, restrictions and taxes for the fisherman which greatly disadvantaged their livelihoods.

A must do while in Split is take a walk through old split. With its narrow Cobblestone alleyways filled with many shops, restaurants and little bars it is extremely beautiful. But be careful, it is quite a large area and you can easily get lost in the maze of corridors and little gateways. 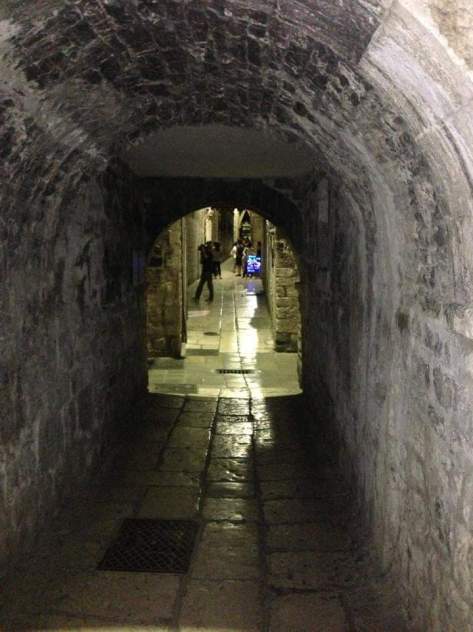 My friend was currently living in split and I went there to meet him. He worked on a pub crawl as a bartender. Essentially I went on that two nights in a row and it was definitely worthwhile. About fifty to a hundred tourist Travelers would attend the pub crawl each and every night. A great way to meet new international friends and hear their stories about their lives growing up in foreign lands. 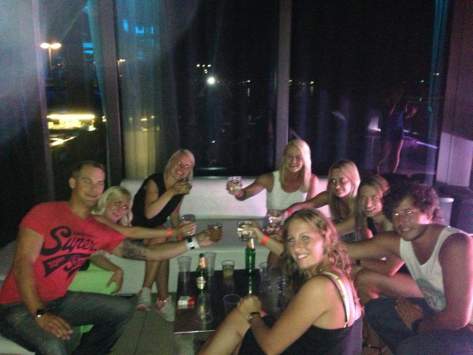 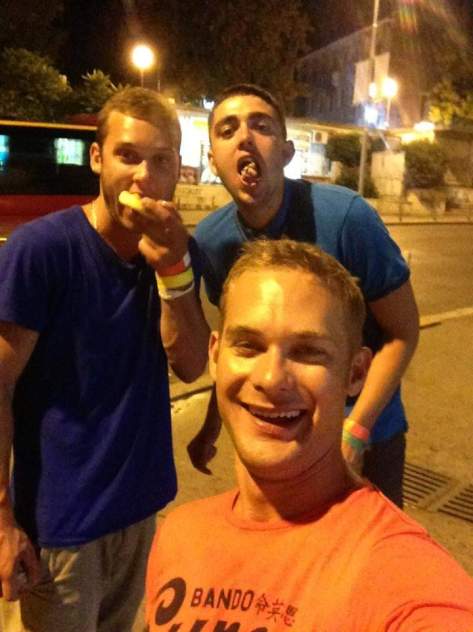 Upon waking up from the pub girl you’ll need a day of relaxation on the beach. Bacvice beach is the main beach in Split filled with young expats and tourists and even locals having a great time catching some rays and fun in the sun. There is also Firule and Ovcice beach’s which are great to.

Some day tours worth while from Split are Krka waterfalls and national park and also Plitvice lakes, both gorgeous locations. But of course there are many other fantastic attractions to see.

One day I had nothing to do and was walking around Split all by myself checking out the sights and a hunger grew. So I popped into a nice oceanfront restaurant and had a look at the menu. A server came to help me and said “there’s no need to look at that menu sir, come right in and I will show you the fresh fish we have caught for the day”. He took me to a large ice box with many different varieties of fish on display, freshly-caught from the ocean that very morning. He explained to me a couple of the types of fish and I eventually pointed at a large red snapper and said I would like that one please. He sat me down at a table and asked me what I wanted to drink and I said “red wine please”. He brought me a whole bottle of wine which I didn’t expect. I thought he would just bring me one glass, but I thought to myself, hey I have nothing better to do today, I might as well sit on this ocean front patio, take in The View and drink some wine. About 20 minutes later the server returns with the entire whole fish in which I had pointed to, on a plate grilled for me. I thought to myself oh my God I did not realize I ordered the entire fish! I thought they would just bring me a filet of it or something. But then I figured hey while in Croatia! Why not! So I took my sweet time and ate the entire red snapper and drank an entire bottle of red wine. I was now set for the day! 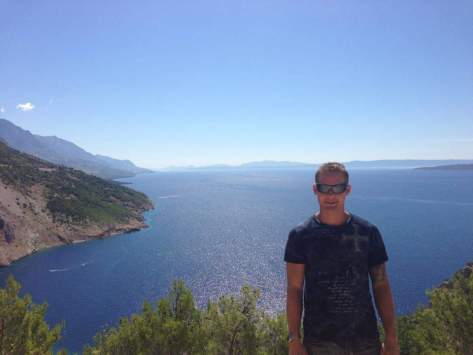 I had stayed at a lovely little villa called Villa Toni. I was only in Split for 4 days and my next destination was going to be Budva, Montenegro. I started researching how I was going to transport myself to Budva and I couldn’t really find a train schedule or a bus schedule. So I asked the nice gentleman at the front desk which happened to be the owner of Villa Toni as well. “What is the best way to get to Budva from here”, I asked. He quickly proclaimed “I’ll drive you”. I questioned “oh yeah?” with a laugh and asked “how much?” He quickly exclaimed €100. I stuck out my hand and said “deal”, since this was going to be a 6 hour drive one way and then he would have to drive the 6 hours return by himself.

The morning came to check out of the Villa and he was sitting there waiting for me with his brand new black Mercedes E350 parked out front. I exclaimed “holy shit, you have a Mercedes!”. He’s like “yeah!”. I’m like “all right let’s go”. So off we went into the Croatian Countryside. Now the Croatian Countryside is extremely beautiful. If you are ever in Croatia I highly recommend that you either rent a car or find some way to drive out to it. it is absolutely magnificent with its Rolling Green Hills and Crystal Clear Blue Waters. we drove through Dubrovnik and he told me about the history of that City and about the Croatian / Serbian War back in the 90s which would have been a crazy time to have lived through like he did. 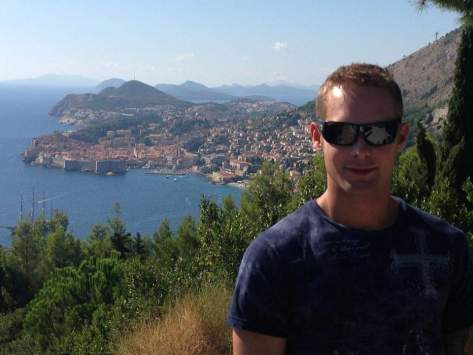 If you look at a map, in order to get to Montenegro from Croatia you have to go from Croatia into Bosnia back in to Croatia and then into Montenegro. So we go into Bosnia no problem and then upon coming back into Croatia the Border guards took our passports and quickly gave mine back and told him that he had a problem had to go inside with them and sort it out. To make a long story short I sat on the Bosnian curb for 6 hours thinking, “oh man, how the hell am I going to get out of Bosnia now!” Asking every border gaurd that passed by, “is my friend going to be much longer? Is he coming back?” As they just shrugged their shoulders and walked away. Every tour bus that passed, I wondered how much it would cost to bribe my way onto one of these things! He finally came out and said “I am so sorry, there was a problem with the paperwork for my car”, as he had purchased the car from Germany and had not yet registered it in Croatia. Anyway he turned a 12-hour day for himself into an 18-hour day, but he got me safely to my destination and I had made a new international friend with a great story attached.

Locals- fairly friendly, but be aware of local youth crimes against tourists.