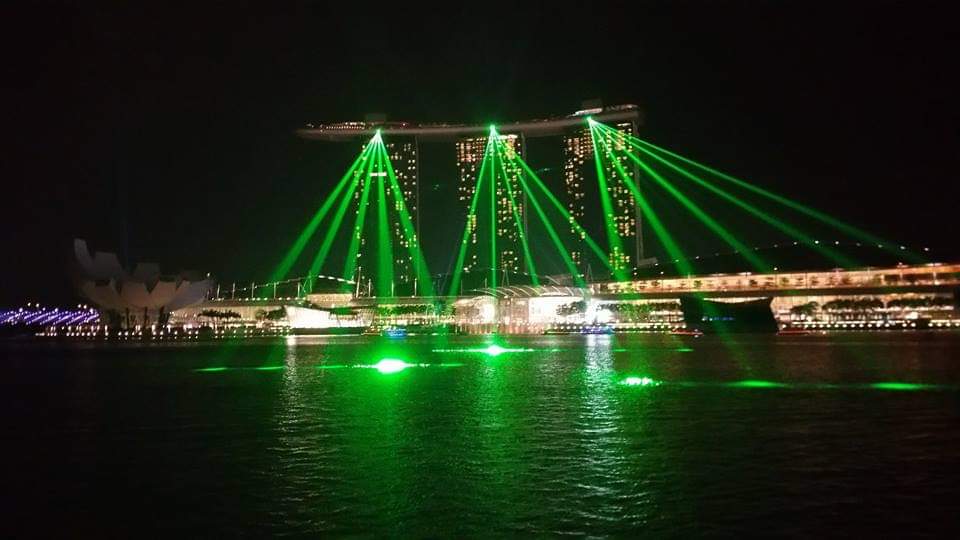 Aaahhhhh Singapore! one of the cleanest cities I’ve ever been in. So clean in fact that it is not illegal to chew gum but illegal to import it and or sell it. Therefore making the chewing of gum fairly impossible. Singapore is very westernized and is also one of the safest cities on the planet with consistently one of the world’s lowest crime rates.

Clean and safe? What is the downside you might ask? Well I’ll tell you what the downside of Singapore is, it’s the price! Singapore is extremely expensive due to it being a major banking city and Transportation/trading Port of Asia.

I had researched many hotels and all of them were really expensive until I came upon the YMCA orchid. At a reasonable $70 a night it also had bowling, indoor pool tennis courts, soccer fields, a restaurant a bar and many other entertainment activities to offer. It was also in a very convenient location with in walking distance to all the major attractions.
I ordered two beer from the bar to take back to my room and they were $7ea. I was thinking well that’s not too bad but then I realized while at my first restaurant that a single pint of draft was $25 and my meal came to $70 for just myself. There are definitely cheap options for eating available but it’ll be your general noodle houses or fast foods.

My first night in Singapore I bought tickets to in Avenged Sevenfold concert and went to check that out at Universal Studios. I didn’t even know if Singaporean’s would know who avenged sevenfold was. But let me tell you they take their Avenged Sevenfold very seriously. I spent the whole night rocking out with Singaporean’s and It was a great a way to become acclimated in with their vibe!

On the next morning, I woke up and had to go check out the worlds most expensive hotel. That is, the construction of the hotel cost the most at a cool $8billion USD and can hold up to 45,000 people at a time. Built on three large sections it was made to resemble a cruise ship and has an infinity pool on the roof top. If you are not a guest of the hotel you can pay $30 and go up to the viewing area around the infinity pool. However if you’d like to swim in the pool it cost extra. The views from on top of this hotel or spectacular and I highly recommend if you are in Singapore you go up there and check it out for yourself.

The gardens by the Bay is also another must-see site in Singapore. Boasting huge metal structures with vines growing all over them, they will be the tallest Greenery on the planet. Spanning over 250 Acres it contains the largest flower glass dome Greenhouse in the world. You can spend an entire day walking around Bay East, Bay South, and Bay Central Gardens, taking in all their beauty.

In the evening before the sun sets, walk through the downtown core. It’s an impressive sight to see how clean the streets are and all the skyscraper bank buildings in pristine condition with the sun reflecting off of the mirrored glass walls. Position yourself across the water from a Marina Bay Sands for 8 p.m. Sharp and watch the spectacular laser light show put on from the hotel, Illuminating spectacular arrays of lights into the sky and onto the water.

Overall I highly recommend visiting Singapore even if it’s just for one day. It’s an amazing City and Country with very friendly people within it. The only downside is it’s pretty pricey.